LG Electronics is now placing native ad units in the launch bar of its smart TVs, specifically pitching entertainment advertisers to buy their way onto the big screen.

The South Korean-based TV maker first tested the units in March, and they are now widely available. Matthew Durgin, LG’s US head of content innovation, said the company is specifically looking to target entertainment advertisers so consumers “can actually benefit from having these messages on their TV.”

When users either turn on their LG smart TV or push the home button on their remote, a navigation tool – dubbed a launcher bar – pops up. The first thing that will now appear in that launcher bar is the native ad unit.

Sling TV is one of the first advertisers on board. The idea is that a user will click on the ad and either be directed to the advertised program, or to the app store to download the content provider’s app.

LG already offers promotional placements within its webOS TV operating system, but this is the first time the company is selling first impression units – premium ad placements that immediately reach a consumer.

LG’s move signifies a growing shift among original equipment manufacturers (OEM) looking toward advertising as a way to supplement their slimming margins.

A study from RTINGS found that around 70% of smart TVs in the US sold starting in 2017 – including LG, Samsung, Vizio and Sony – had ad placements somewhere within their interface.

TVRev co-founder and lead analyst Alan Wolk noted that there’s a “price war” among highly competitive OEMs, driving down the cost of smart TVs. A recent IHS study predicted that prices for 65-inch 4K LCD TVs would drop below $1,000 this year for the first time in the US .

“It’s a way [for OEMs] to round out their offering,” said Wolk. “It’s a way to start learning about advertising, how it works, and to add some revenue to subsidize the cost of those TVs.”

In Roku’s most recent earnings report, the company claimed it sold over one-third of all smart TVs in the US in the first half of 2019. In total, Roku said it powers 41m smart TV and other over-the-top (OTT) devices in the US. Now Roku is pushing hard into Europe. The first thing you see on an LG smart TV is now an ad
Meanwhile, Amazon has opened up trading of its Fire TV inventory to allow third-parties Dataxu and The Trade Desk to sell inventory on the platform as it looks to expand its footprint in OTT.

Durgin said LG isn’t looking to inundate its smart TV screens with ads, but rather improve the overall webOS user experience and take a quality-over-quantity approach.

“I’m not sitting here trying to create more advertising,” said Durgin. “I’m trying to create better experiences so that advertisers can come in and have a great experience with what we are doing… This advertisement is on the launcher of the product, which is the main entry point into all these content experiences.”

Wolk added that smart TV ad units from OEMs are generally available at low CPMs. While Roku and Amazon dominate much of the market, Wolk said if users actually engage with an OEM’s ad, marketers could glean valuable insights.

“When people do click through,” said Wolk, “you then have a sense of somebody who interacted with these ads also watched these shows, so the data is probably worth more than the brand awareness or the sales value.”

LG is selling the launcher ads through Tremor Video. The ad unit is only available on LG smart TVs with the 2019 version of webOS.

This article is about: North America, LG, Future Of TV, Advertising, Digital, Media 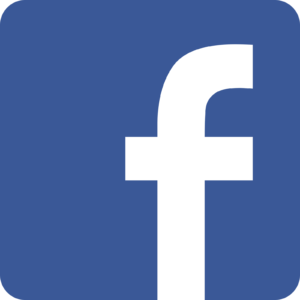